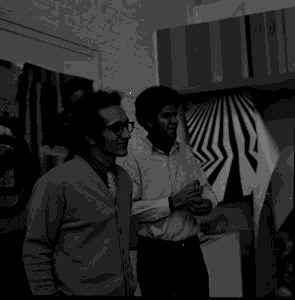 View on the Union List of Arist Names
Bio from Getty ULAN: Frank Stella earned his degree in history from Princeton University. He moved to New York in 1958, where he developed his artistic talents. He painted with intent to flatten surfaces and often chose square canvases. In the 1970s, Stella created "maximalist" paintings, which were paintings that involved relief and sculptural elements in stark contrast to the "minimalist" paintings of his early career. American painter.