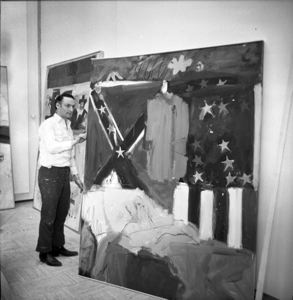 View on the Union List of Artist Names
Bio from Getty ULAN: Rivers began his career under the influence of Abstract Expressionism, but came to prominence in the 1960s with his work using images and photographs from commercial media. Often criticized for his sculpture and painting parodies of works by various masters, his versatile work combined elements of Pop Art and Dada, and frequently utilized film and video.

Your current search criteria is: Artist is "Larry Rivers".